Arkansas, editorial, photo, photographer, photography, portrait, professional
I first met the Duggars when covering primary elections for US Senate in 2002. I was working for the Arkansas-Democrat-Gazette, and I remember standing outside Westside Freewill Baptist Church in Springdale, Ark., with April L. Brown (AP) and waiting for the Duggars to arrive so we could photograph Jim Bob and Michelle casting their votes. We were both shocked when we saw them walk around the corner with the entire family walking in a straight line… what a photo op!
Since then, I’ve photographed the family on multiple occasions, but mostly after each new addition. It’s been fun to get to know them a little bit, watch them get bigger, and now to watch their oldest start a family of his own.
Josh, the oldest Duggar son, and his wife Anna welcomed their second child into the world earlier this month. I photographed the family for TLC shortly after James Michael was born… and I mean shortly, as in an hour. My business is a funny one because sometime I never know how my images will be used. It was fun to get a text the next morning from a good friend after he saw my photo of the newest grandchild posted here on People.com and to watch the photo announcement on The Today Show. 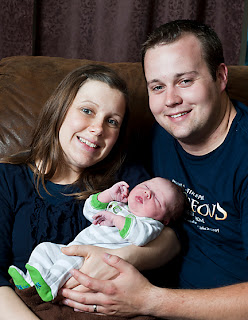 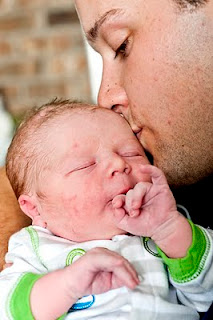 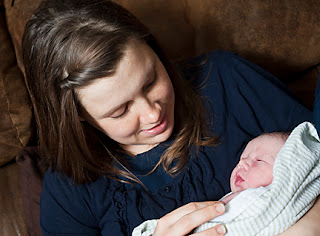 Luckily I was also able to photograph the entire family (minus one son), so I thought it might be entertaining to post this old photo from the 2002 election to compare to the recent one from 2011. 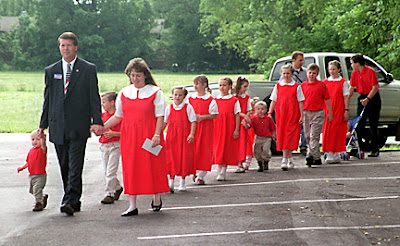 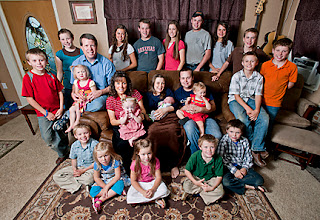 Who are the other girls in matching dresses? There are 4 older girls and joyanna who I know is on the other side of one of the bigger girls from another picture. That leaves 2 girls that aren’t their children?