My old boss always had random sayings about photography that really didn’t make much sense, but somehow they still run through my head all these years later. I don’t remember the exact saying, but he used to talk about dropping a camera and every once in a while you would end up accidentally taking a good photo. I’ve kind of twisted his meaning of those words into my own over the years, and it’s something that runs through my head when I walk into a great photography scene.

In January, I photographed Pressroom in Bentonville, Arkansas, for Arkansas Money and Politics. When I walked into the restaurant, I knew it was going to be a great photo shoot. The bar was beautiful and there were so many great spots for environmental portraits. 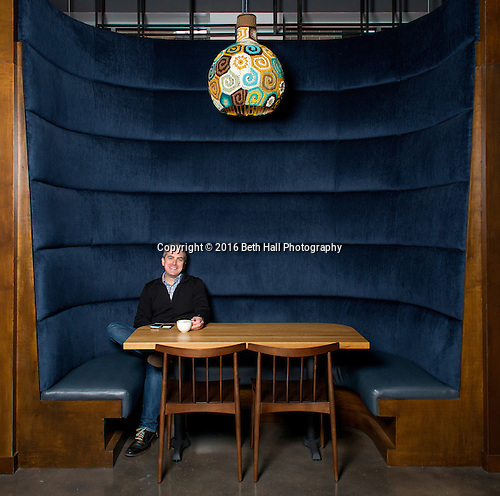 For the portrait of the owner, Rob Apple, we chose the large, rounded booth. It is a very tall booth covered in a dark blue velvety material with a crocheted pendant hanging overhead. Rob mentioned that it was moved over from the old Pressroom location, and I liked the quirky touch it added to the area. 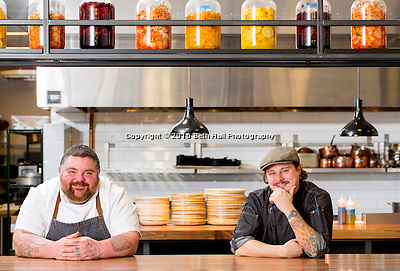 I photographed the chefs, Matt Cooper and Michael Robertshaw, in a window that opened into the kitchen. I was drawn to the area by the way it framed the kitchen, and I loved the pops of color from the jars of fermenting foods overhead paired with the industrial look of the kitchen behind them. 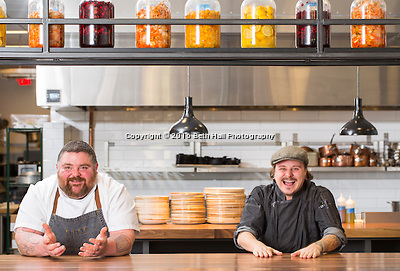 The chefs were standing inside a loud, working kitchen during the shoot, which worked out well for a fun photo of the two of them. At one point they couldn’t really hear my direction and it allowed for split second where they forgot about their nervousness and started laughing. 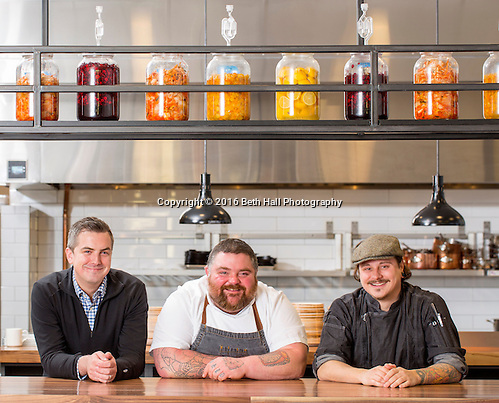 I love photos when people let their guard down. It’s something I strive to shoot every time I pick up my camera, and sometimes I am more successful than others. I feel like I walked away from this photo shoot with good portraits of three men who weren’t really into having their photo taken. I love the challenge of making people relax and look good in front of the camera. I always have a goal to shoot portraits that represent the person. I  hope that when their friends or family look at the magazine they feel like the image really looks like the person they know. 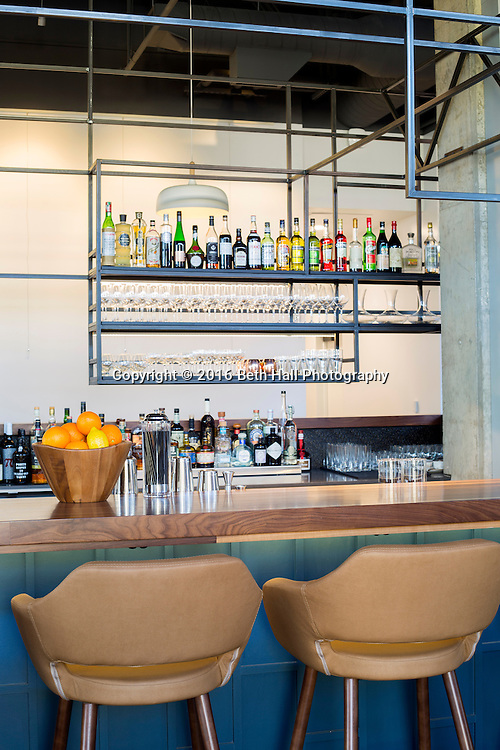 I finished up by taking a few interiors of the bar. It’s a great space with pops of color, clean lines and bright light.

**Disclaimer** No cameras were dropped in the creating of these photos.