The game on Sunday was a fun one for me b/c I grew up watching the ’94 team and hearing all about them from my brother. I started college at the U of A in ’95 and remember how much fun we had at the games and how loud the fans were. When Nolan was coach, it was different. It’s something I can’t explain, but it’s something that’s not there now.

I thought it was great that Nolan and his team were honored for their achievements during the half-time ceremony. The members of that team are the ones we won’t forget and I’m glad they were recognized. It was fun to see the team and watch the excitement as they heard their names called as they entered the arena. I know as a journalist I’m supposed to be unbiased, but it’s hard to watch that team take the court and not get excited with them. I kept wondering what they were thinking about.

Noah had this quote in his story and I think it sums of the magic of that team.

“I saw a guy I grew up with — he lived around the corner from me,” said Corliss Williamson, the Final Four’s most outstanding player in ’94. “He actually brought a piece of the glass backboard I broke in junior high. That was the coolest thing that I signed.” 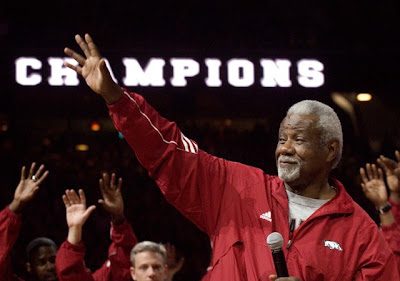 I like this shot. I was glad something came together b/c shooting that ceremony with available light was not my idea of a good setting! 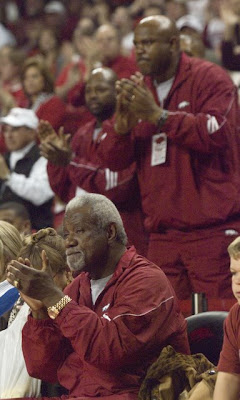 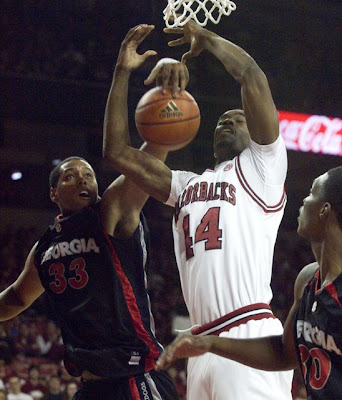 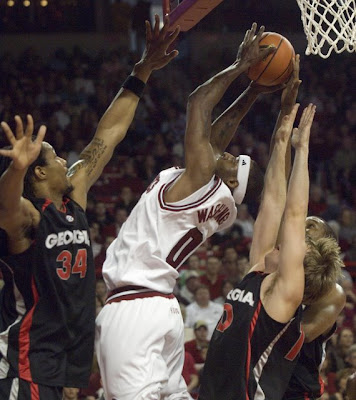 I too felt a “connection” to Nolan and his teams I have not felt since he left.
I think it is because Nolan and I both moved to Arkansas from Tulsa in 1985, my senior year of High School the Razorbacks won the National Championship and then my freshman year at the UA the went to the championship game again… and lost 🙁

I guess there is no substitute for “40 MInutes of Hell”