I visited Crystal Bridges Museum of American Art several times in recent months to take portraits for the Powerful Men and Powerful Women special sections of AY Magazine. The process is pretty simple. 12 men and 12 women are nominated by their peers under this definition… Powerful: having influence, making a difference for and serving others.

I must say that these were easy assignments because the location is SO amazing. I’m pretty sure that if I dropped my camera and accidentally shot a photo, it would be wonderful. I got lucky that my subjects were amazing people, too. I photographed Sandra “Sandy” Edwards, Deputy Director of Museum Relations and Don Bacigalupi, Executive Director of Crystal Bridges Museum of American Art.

The only tricky part was lighting the portraits with so many windows! While most people would immediately think “photoshop,” I learned early on that the easiest thing to do is correct things during the shoot. It’s amazing how long it takes to actually photoshop something out of an images when it might only take 30 seconds to figure out a solution while standing in front of a subject. Fix it now rather than try to cover it up later! 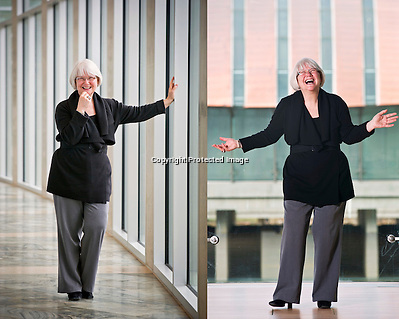