Several months ago I received a phone call about shooting for Arkansas Children’s Hospital and I had to turn them down because I had been called for jury duty. I was pretty sad to miss the opportunity.

The hospital holds a special place in my heart because I spent many hours there fulfilling my volunteer service hours for high school graduation. Over the years, I’ve had numerous occasions that have linked back to those times. Like the time I worked for a nursery and worked closely with another girl in the greenhouse. We spent almost an entire spring trying to figure out how we knew each other before she realized I visited her at Children’s Hospital after her back surgery. She said she remembered my smile.

When I received the second phone call to shoot for them, I was ecstatic! They asked me to photograph children in the Lowell facilities as well as the new president, Marcy Doderer, on a tour. We needed to shoot a huge variety of things in a short amount of time, and I was up for the challenge.

Some of the images were used in the fall 2013 Special Photo Edition of ACHiever that was just published last week. Please take a look, as my work is mixed among the work of other talented Arkansas photographers.

I’ve included the pages from the publication and also a small gallery of a few of my favorite photos. I think I am more in love with the two kids in the photos than the photos themselves. I love the happiness these two children brought, and I melted when the little girl ran down the hallway to give me a big hug.

It’s working with people like these that make me realize I have the coolest job in the world. 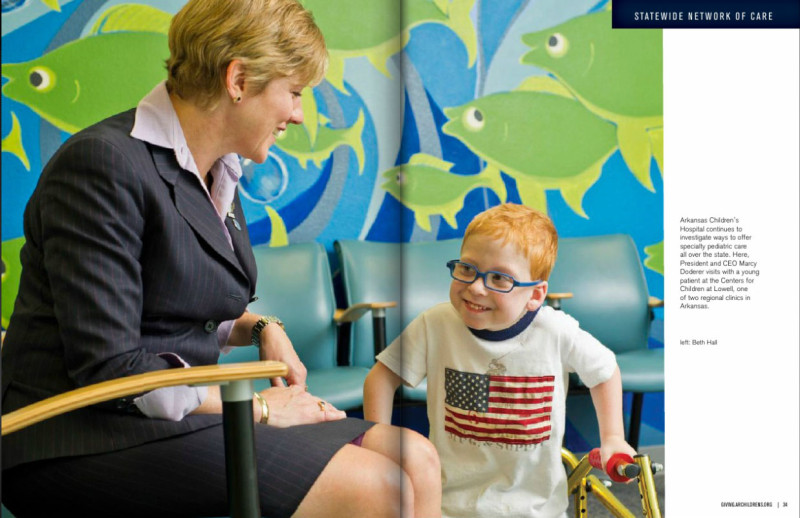 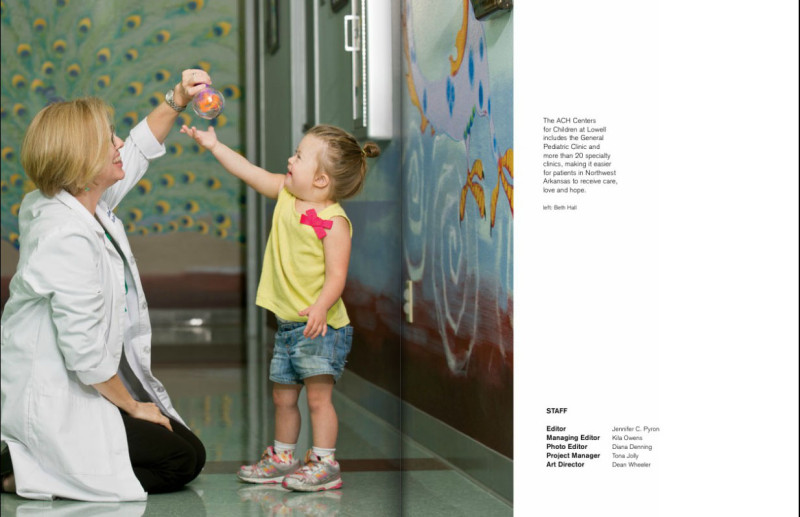